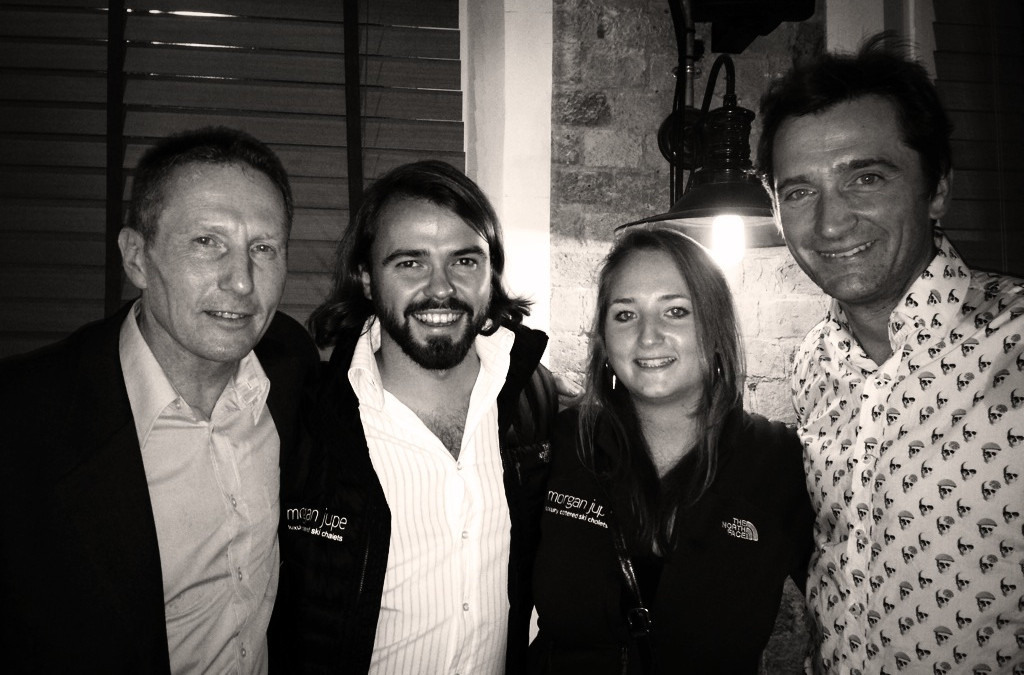 In Summer 2013, after a successful first winter season, Morgan Jupe were put forward for a Telegraph World Snow Award. The initial award category was to be for all UK Tour Operators and to be judged by public vote but, due to the sheer number and variety of entries in this category, the organisers decided to spilt the category into two sections for the first time. They created a “Specialist Operator” category from a large number of entries to be put before the judging panel.
After long discussion and deliberation the judging panel decided that the quality of all the entries in the category was incredibly impressive but also so diverse that they felt that they could not award an outright winner and recommended that all short-listed entries be given a “Commended” status at the awards.

The exclusive awards ceremony was held in November at the Fulham Broadway Members Club and featured some of the most influencial people in the snowsports industry. Brands such as Salomon, Burton and Ortovox were all represented as well as the directors of a number of the most well know French and American ski resorts.

The judging panel consisted of ex-British ski racers, editors of ski and snowboard magazines, travel journalists and marketing directors for large tour operators. They had independently researched the seven shortlisted companies and were very impressed by the approach that Morgan Jupe has to gastronomic chalet holidays. They commented that not many companies place such a great emphasis on the quality of food and wine and it was refreshing to see this as a clear differentiator in the market.

Morgan Jupe directors Josh and Jess attended the event and had this to say …”We were more than happy to accept an invitation onto the stage with Graham Bell and Henry Druce! We are extremely proud to have been highly commended at such a prestigious event, especially in our first year of business in the Alps. To be ranked alongside so many well established businesses is enormously encouraging for us. We are thrilled to have received this recognition and are determined to be the outright winners next year!”Read the article on the Telegraph Ski and Snowboard website and see the full list of winners here.

We use cookies to ensure that we give you the best experience on our website. If you continue to use this site we will assume that you are happy with it.OkRead more